We had a week's reunion and the time has come when it was time to leave. Two of the girls, Baby and Nel, left early and John was nice enough to offer to take them to the airport. They left the house at 5 AM. As soon as I bade goodbye to them, I set the table in the kitchen and cooked breakfast while the others were still sleeping. 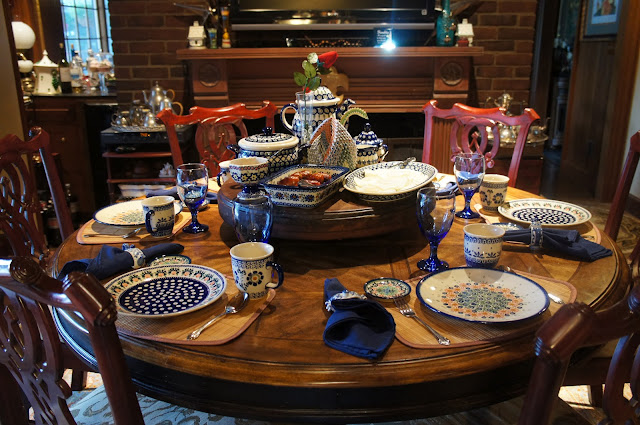 Just a simple setting with no layering, after all, it is for breakfast, so no salads here. I mixed 2 patterns of Polish Pottery plates. I served Filipino sausage called longganisa and we like to dip them in vinegar and that is what those little dipping saucers are for. 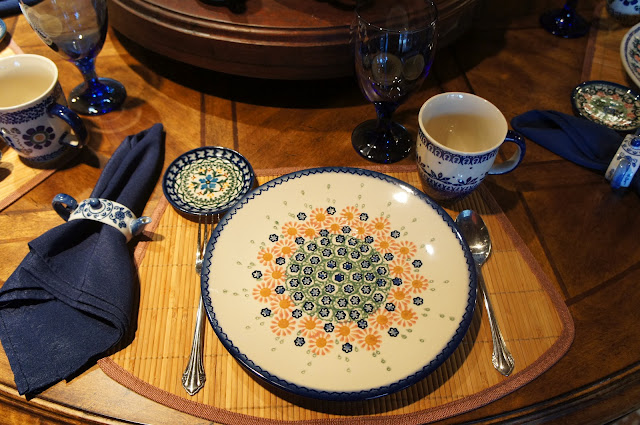 At first, I used the origami swan that Jazmine, who was our origami making instructress gave me, for the centerpiece but I had to replace it with a fruit bowl afterwards. 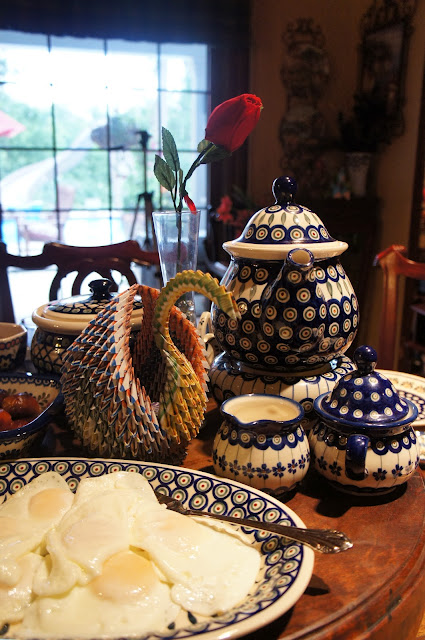 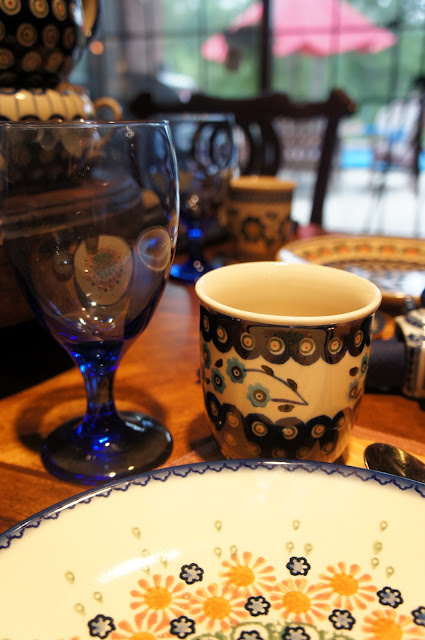 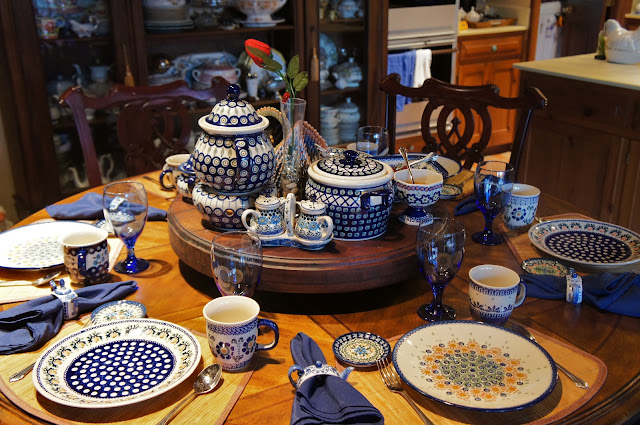 The ceramic teapot napkin rings were from Pier One, from a long time ago when I still lived in Florida. 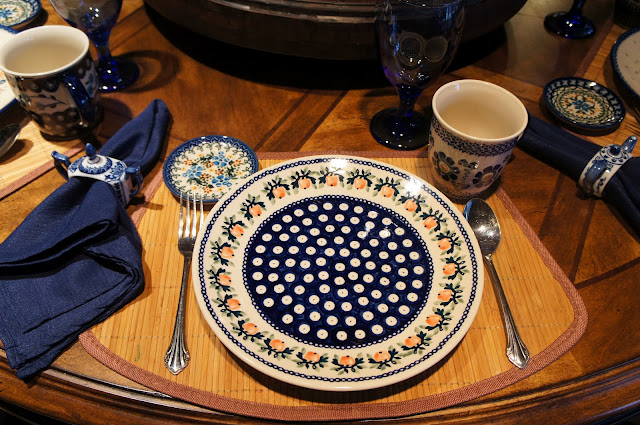 I brewed hazelnut coffee and placed it in a Polish pottery pot on a warmer. The little pots contain condiments, vinegar and patis (fish sauce) and I placed vinegar with hot pepper in that ice cream cup on the right. 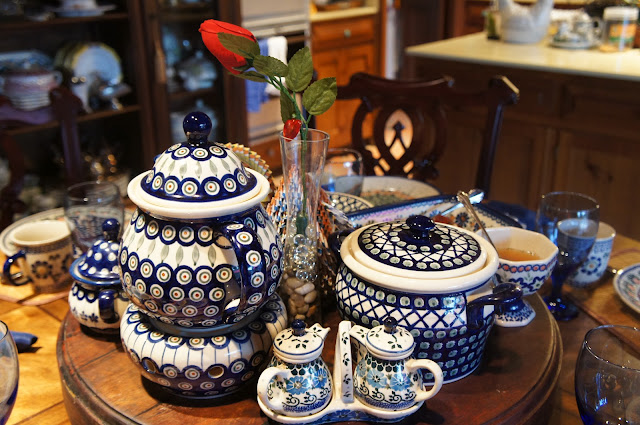 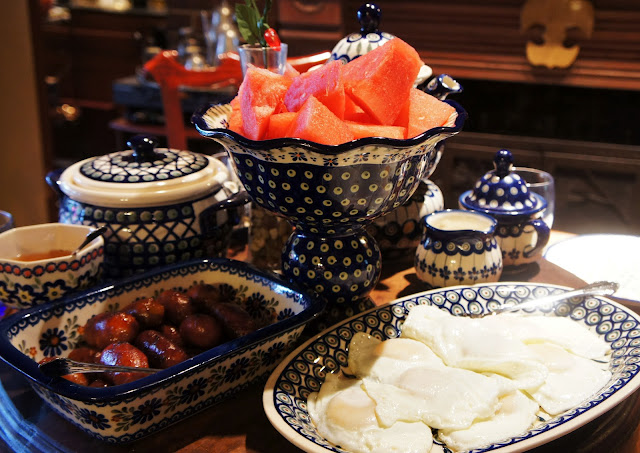 and cut up some watermelons 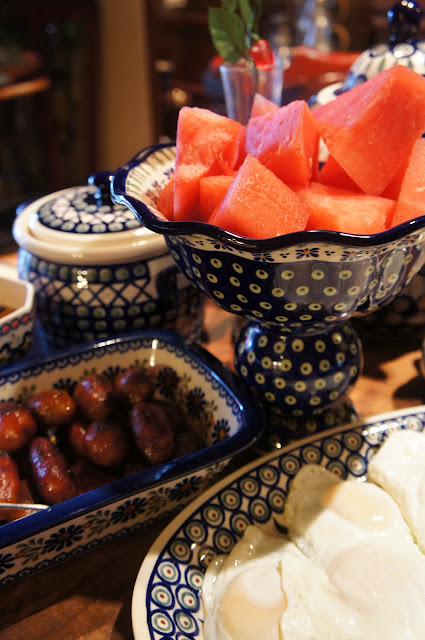 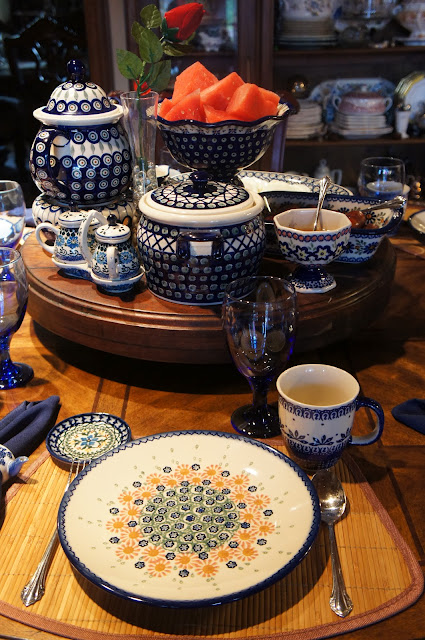 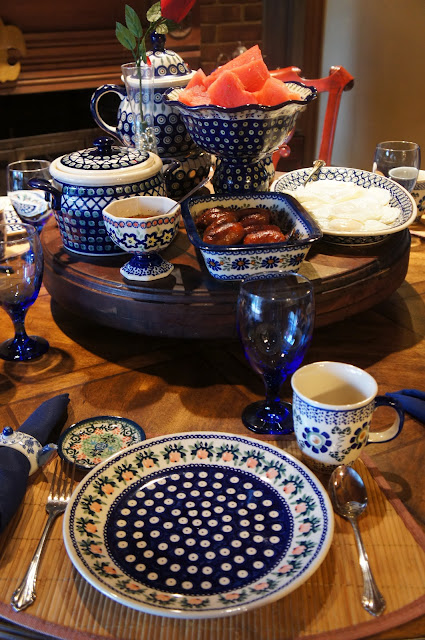 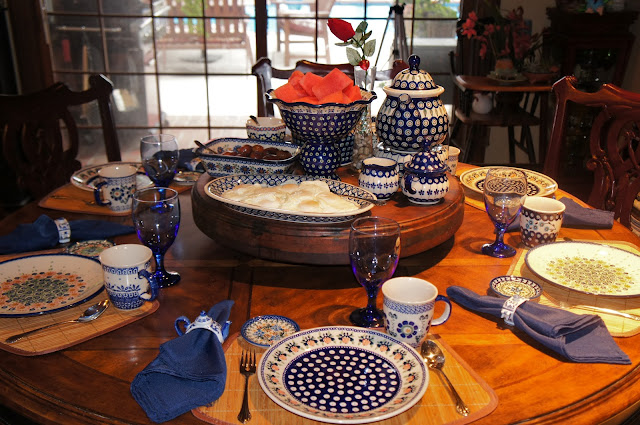 There were other things on our agenda that we still weren't able to do because our week was very hectic and we ran out of time, so we tried to do them that morning, such as blogging instructions. It was a very fast and short lesson. I hope they picked it up because I really want them to contribute to this blog. 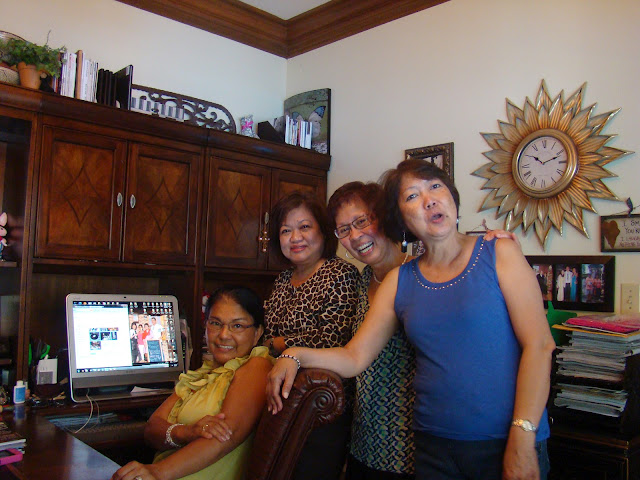 and Karaoke was another activity that we still had to accomplish. 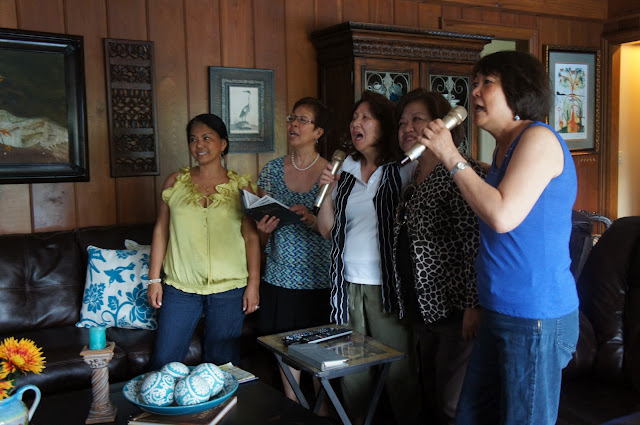 Then we had to go to the airport to return the rented van and bid farewell to the rest. Jazmine and Josie did not leave until the following day so I was not alone driving home, which was good or it would have me so sad.

Goodbye, Gatch, Tess and Elsie. See you next year! It's been so nice having you all! 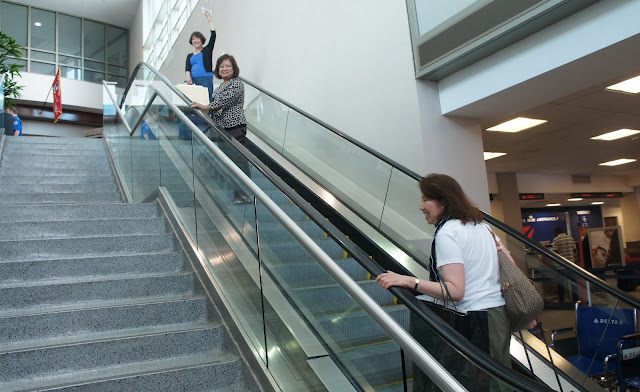 Thank you so much for stopping by and a special thanks to those who make these fun parties possible.
Posted by spooks at 2:30 PM

spooks
We are a group of friends from College we collectively call ourselves The Spooks. We have been friends for over 40 years and the tie only get stronger as the years go by. We decided to start a blog to have a common place on the web for us to document and archive our activities and adventures. This is also a place for us to look back to and reminisce all the good times that we have had and will continue to have. I hope you enjoy as you follow us through this journey.